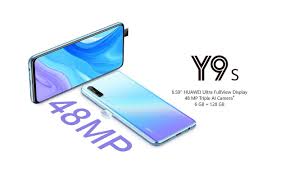 The 6.59-inch display on the Y9s is the first thing you’ll notice about it. It takes up almost the whole front of the phone (it has a 91% screen-to-body ratio). Turning the selfie camera into a pop-up camera allows for a FullView, uninterrupted display.

It’s the same concept as the Xiaomi Mi 9T from earlier this year; however, the Y9s is nearly identical to the Honor 9X, down to the screen size and style and the features and cameras. The only significant difference is in the fingerprint scanner placement (more on that later) and aesthetics — the Honor 9X appears to be more vibrant. In contrast, the Y9s seems to be more subdued.

What matters, of course, is if the total is greater than the sum of its parts. Not to worry: the Huawei Y9s is a capable phone that is well worth considering as a mid-range alternative that doesn’t sacrifice on features.

The device is reasonably priced compared to its competitors, at 849 DT, with unique features that stand out.

Glass is luxury, and Huawei advertises it as the Y9s’ fundamental design improvement, which looks great on both ends, front and back. Even though the back end is prone to smudges, which is a bother for the glass body, it is just a beautiful and shiny surface that looks more expensive.

Midnight Black and Breathing Crystal are the two colors available for the Huawei Y9s.

Some may appreciate the lack of a fingerprint scanner, which Huawei has relocated to the right-hand panel just below the volume rocker, which also functions as the power key. At first, it may be uncomfortable, but it is more naturally located for the right thumb to reach and equally suited for the left hand’s index finger.

A SIM tray, secondary microphone, and the increasingly popular pop-up selfie camera are all located on the phone’s top. The bottom of the device has an audio jack, USB Type-C connector, speaker grille, and microphone on the other side.

The phone’s front panel features a 6.5-inch FHD+ Ultra Full View silky-smooth display with thin bezels that offers an immersive experience for all types of content. It’s not as cool as an AMOLED or the LCDs found on Huawei’s higher-end devices, but it’s still a vibrant display with clear icons and a clean textual experience. The brightness levels are appropriate for both indoor and outdoor viewing, and they can be further customized using the many display tuning options available in the settings area. If the default settings are uncomfortable for your eyes, you can change them accordingly.

Although its Geekbench score lags behind the Oppo A9 (2020), Realme 5 Pro, and Oppo Reno2 F, the Y9s 2019 does not provide a subpar experience in terms of performance.

Aside from numbers, the Y9s can easily do day-to-day tasks, including practically every phone software. The phone’s resources are not overburdened by light to moderate usage. The hardware can run any social media software, browsing, and games on the larger screen.

It has a great speaker that can easily fill the room with sound, ensuring that audio/video calls and multimedia content do not detract from the overall experience.

The Huawei Y9s 2019 comes with a 10W charger out of the box, which can fully charge the phone in 2 hours and 17 minutes and last for up to 2 days with moderate use.

The Huawei Y9s is a follow-up to the original Y9 prime. The most recent iteration includes a 48MP wide-angle primary lens, but the rest are similar in strength, including an 8MP ultra-wide-angle lens and a 2MP depth sensor. On the front, though, a 16MP pop-up selfie camera does the job, which isn’t as quick to spring up as the Oppo Reno2 F but isn’t a letdown either.

The Huawei phone’s default camera app is precisely what you’d expect. The sequence and arrangement of modes and icons remain the same, and unlike Samsung’s One UI camera software, you cannot tweak the camera modes. However, if you’ve been a Huawei customer for a long time, you’re at home.

The Huawei Y9s can capture good images in daylight or well-lit situations owing to its 48MP primary lens. The regular setting accurately reproduces natural colors without any artificial vibrancy. Even with AI-enabled, the images receive a much lighter treatment, with an almost 10% rise in overall contrast value, which is attractive to the eyes. Colors become more vibrant and bold.

The camera is set to 12MP resolution by default; however, the 48MP option may be selected from the camera app’s settings to capture extra details.

The Huawei Y9s camera can digitally zoom up to 6x, which delivers good results in daylight, but excessively noisy images in low light.

The 8MP lens can widen the range of view up to 120 degrees, which is helpful.

The Huawei Y9s does a remarkable job with portraits and selfies by creating lovely blurry backgrounds. It operates by choosing the desired filter from an array of eight preset options.

Huawei Y9s: Is It Worth Buying?

The Huawei Y9s is one of the few smartphones described as an all-around performer. Two essential aspects, the camera, and the battery work great. And if you like to turn heads, this glass body has all the right components. Furthermore, the price at which Huawei sells this phone is for the consumer’s benefit. Overall, you can count on it if you want a device that does everything correctly at a reasonable price.

If you want to buy Huawei Y9s in Tunisia, look at our Huawei phone collection and pick the one that best fits your budget and needs.

Mega.tn compares all the prices on the market for you. Visit us at Mega, TN. and we’ll bring you the most attractive and most affordable prices possible on the Huawei phones in the Tunisian market to save you time and money. 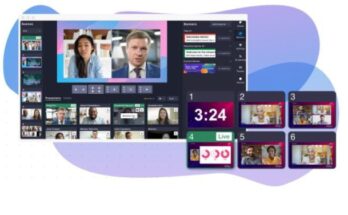 Hopin or Airmeet: Name You Should Pick For Your Next Online Event 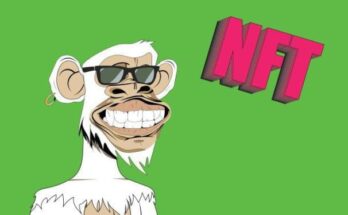 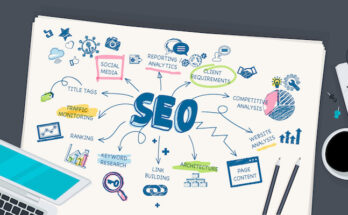 10 LATEST SHIFTS IN SEO STRATEGIES YOU MAY NOT KNOW